@martin0reg, Now that you have concluded your test prints for the year, it is surprising all dough your samples have had some fading and colour loss in all of them, they are still quite acceptable in their own right...

but I wouldn't be so kind. Perhaps because I'm looking at the real print.
Take a look at these crops: 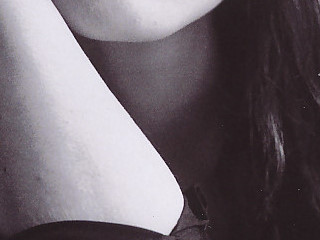 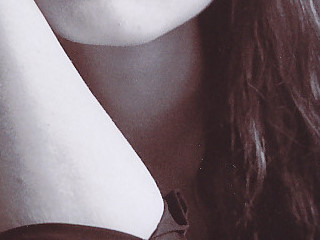 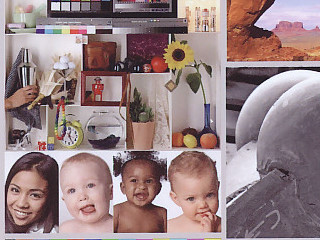 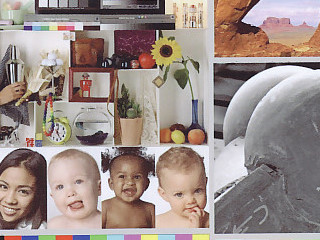 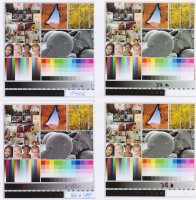 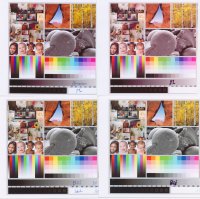 Different starting points, so only compare the actual fading difference of each pair, not the results of all four samples across (as usual)
My favorite refill ink for now is canon OEM out of big BCI-1411 cartridges. This ink is clearly NO chromalife, but while it is fading, the color shift seems to be the least of all.

None of them can compare to canon OEM carts "chromalive".

Just for comparison I had fuji DL under the same bulb, sadly NOT for use in canon thermal printheads

that's quite interesting, even for an Epson user...life is not easy for a Canon user in search for the most UV stable ink aside from the genuine Chromalife version, it's a pity that the choices are that limited

Since easter I run a sort of crossover test, with six different inks from dye to pigment:

All on the same paper (aldi/netbit glossy 300g). Mostly with more or less precise profiling - only the print with canon OEM carts was not profiled, therefor the bluish cast.

Scanned as usual, two pairs of exposed and unexposed each, makes three scans,
all with the same setting of the first scan:

[above is unexposed "UV1", below is exposed "UV2"- from which I cutted off some overlapping areas]

I was expecting worse results... is my desert bulb getting weak..?

Well the best dyes by far are canon OEM chromalife cartridges and fuji DL, that's no surprise. But could these best dyes eventually compete with pigment?? The most professional tests by aardenburg or wilhelm would say: NO... first of all because they are testing longer exposition.
Looking at my samples I think dye prints could compete - not for decades but for years - and only with a few sorts of dye ink... (even fewer if you want affordable dye ink)
Last edited: May 31, 2017

martin0reg said:
I was expecting worse results... is my desert bulb getting weak..?
Click to expand...

IIRC the desert lamp is a CFL? Fluorescent tubes change their spectral properties with age. But maybe the lamp is OK and the inks better than expected?

Yes it's fluorescent type, brand "exo terra", like this 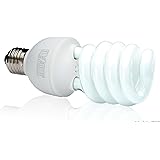 Maybe my second bulb has smaller range of UV-B. But these tests don't claim to be scientific, just like other real life tests behind a window or on the balcony.

But I really think it's due to the ink types of this latest test, which makes the results look better:
The first and second scan is pigment vs the best dyes, only the third scan shows dye inks which are fading similar to most other canon compatibles.

PS: BTW in scan (3) you see the same greenish tint of the faded "GI" print, compared to the evenly faded "BCI" print, that you noted looking at the B&W samples.

So our tests may be not scientific but nevertheless with some consistent results
(just like ISF says below ... while I was adding my PS..)
Last edited: May 31, 2017

I think part of the problem is that we cannot separate the effects of UV and ozone, there may be more ozone outside than under your lamp, and the GO overprint, or the scotch tape don't filter the UV but close the paper surface against ozone, and doing just UV under a lamp may give different results to a mixed UV/ozone exposure outside, we just don't have the rescources available to separate those effects as Wilhem Research or Aardenburg can do in their labs. But overall I think we got quite some information from our tests to confirm some more general rules beyond a specific ink/paper/printer combination over the last years.