What is a photo black cartridge for?

ColourKid said:
I need to buy a new printer soon actually to use at two locations.)
Click to expand...

If you want a printer that’s going to last then the Maxify fills the bill, it has so many bells and whistles in one printer, if you need them, but the larger carts are essential..

It’s not a photo printer but it will do a good job on glossy paper, here are two Photos, one is from a dye printer and the other from the Maxify, this is the quality you can expect to get..
Dye Print.. 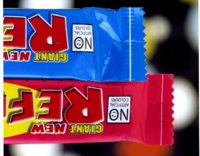 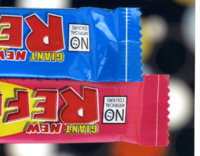 Thanks for that comparison, that looks indeed great for the Maxify, especially knowing that this is pigment ink! The larger carts are indeed a big plus. Bells and whistles that impress me include double sided scanning using the high capacity ADF and a speed that comes in really handy. A true office printer that doubles as an adequate pigment-based photo printer.

I was first looking at one of the Megatank or Epson Ecotank printers, but especially the Megatank seems to be crippled in many ways (low speed, low OEM ink quality, slow single pass ADF, absense of bells and whistles like a mere two line LCD screen, and to top it off: planned obsolescence). You just pay for the OEM-CISS, with a warranty that is the same as a printer that they just sell with a much lower margin, thinking you buy their inks.

(*Sigh*... if only there was not such an oligopoly. There would be printers that would just have it all. With a price tag that was just for the printer. OEM refills with almost zero plastic waste. And there would be real competition between manufacturers on ink quality.)
C

I didn't read this that well before and didn't know that pigment photo printers have special pigment for glossy and one for matte. Incredible, the more you go into this the more complexity you uncover.

In the Maxify thread this was said though:

palombian said:
Although PRO photo printers have both photo and matte black ink this is no necessity
Click to expand...

So since the type of pigment does not matter, I'm just left wondering why the pigment black of a dye printer cannot be used on glossy paper too to mix with the dye ink? I guess it's because you want all dyes? So that it can nicely mix better? Also then I guess it is better so that the resolution is the same? Since you print with a similar kind of printhead as the other dyes...

there are some additional parameters which count, yes - you can print with a photo pigment black ink onto matte papers but you'll quickly find out that an ink specifically tuned for matte papers give you a better black point - they are just darker which increases the perceived contrast of a print. , and there is another effect - matte pigments don't adhere to the coating of glossy papers - you can wipe them of. It's all result of finetuning processes by the ink/paper manufacturers to get the most - gamut, black level - out of a particular ink type on a specific paper. There is no ink - no universal ink - which does all of that at its best at the same time - on all media types .
Last edited: Apr 27, 2020
C

Ahh, so are the pigments of an otherwise dye-colour printer (used for plain paper) then actually matte pigments (when using the jargon used in photo printers)? As these don't even adhere to the glossy coatings as you say, no wonder that those printers have to use dye photo black.

OR: it might be that the Maxify actually has a "matte pigment black ink" not unlike the dye printer has, but has "glossy pigment colour inks" and uses only the colours when printing on glossy (also to make black).

Which of these is true? (If I understood this at all otherwise.

You cannot generalize those assumptions, you can assume that HP or Canon or Epson follow slightly different strategies in respect to their pigment inks, and every of those inks is tuned for a particular range of applications - Canon or Epson may mix black from the CMY inks on glossy papers , and HP may use a pigment black instead. You don't have a choice when you buy a Canon or Epson or...... printer model of this or that type.

ColourKid said:
As these don't even adhere to the glossy coatings as you say, no wonder that those printers have to use dye photo black.
Click to expand...

The inks are made such that they perform this way, every multipurpose printer comes with some restrictions and compromises and a target range of applications.
C

I see, that makes sense.

Notwithstanding this, there still remains the question to the Maxify owners then, forgiving my misuse of the terms "matte pigment ink" and "glossy pigment ink":


ColourKid said:
And a printer like the Maxify-line also uses pigment inks but those do stick to glossy papers. I guess those are then glossy pigment inks? [...]

OR: it might be that the Maxify actually has a "matte pigment black ink" not unlike the dye printer has, but has "glossy pigment colour inks" and uses only the colours when printing on glossy (also to make black).
Click to expand...

I have given it to you as plain and simple as I can, all of the Maxify inks are just ordinary pigment inks not glossy or matte, just pigment and their not special in any way, as @Ink stained Fingers said “You cannot generalize those assumptions”.

You shouldn’t try and mix up what you know about dye ink printers and then apply the same principal to pigment ink printers, it doesn’t work that way at all, just accept things as they are for now till you can get more hands on experience with pigment inks, then it will become clearer..
C

Alright, thank you all for explaining. At first things seem easy, like with many things, but then it seems there could be books written about this. But I guess there are, kind of, but they may be in the 'big secret' departments of the printer manufacturers. Oh well I'm lucky enough to have this forum.

I look forward to get some more hand-on experience. I will let you know in time how things are going with my Maxify adventure.

ColourKid said:
I look forward to get some more hand-on experience. I will let you know in time how things are going with my Maxify adventure.
Click to expand...

If you decide on the Maxify, then choose wisely there are quite a few models to pick from, and all vary in price up and down to suite your pocket, look at the specifications of each model before making a final decision, This brute has quite a big arsenal..
Try and ease yourself into the printing scene, it will come easier that way and your own experiences are more valuable than you think, mistakes O’ we’ve all made them… Just Have Fun..
P.S. I'm still making them..