I had no problems with setting the MG5450S used for testing back to D=20 after the test using service tool v4720. But I don't remember the source of the tool. Later today or in the week-end I am willing to try changing the D-value on my iP7250 to different values and finally back to 10% using the downloaded tool from the Thai (?) website.

The service tool v4720 does work, i was looking for a change in absorber value when reloading the tool. I now realise you have to print out the eprom to see the change has actually taken place. I believe tool v3200 is also ok for canon ip7250.

Fiddling around with theses Service Tools can lead to undesirable consequences..

The Hat said:
Fiddling around with theses Service Tools can lead to undesirable consequences..
Click to expand...

I think we'll have to wait until the ink absorber of a PRO-10 or Maxify is full to know if these printers can be reset.

My answer to that is, No because Canon have learned and block off all of these avenues to the home user, The early Pro 1's were the last printers that you could reset but nothing since..

The above link will take you to v4720 dowload page, click on get link and enter "captcha" nos and download file.
It's a zipped file and i extracted it using 7-zip software.
I ran my Kaspersky over extracted files and came back with no threats detected.
I've used it on the IP7250 and it works, no adverse effects to date.

Thank you for the link. Firefox warned against the file, but I could override the warning and download the zip archive. AVG Internet Security found nothing wrong in neither the zip archive nor the unzipped folder.

So what is your firmware version and 1st install date of the printer, please?

Maybe I was too quick to say the service tool from the new link is OK? The service tool might not be safe even if AVG found nothing. Another computer with Windows Defender found "Trojan:Win32/Occamy.C" and Malwarebytes Antimalware found "HackToolAgent". I submitted the file to Virustotal, and 34 scanners detected some malware. I wonder why different scanners found different malware. I still wonder if the service tool is safe to use or not.

Each antimalware application has its own heuristic algorithm, and thus their own nomenclature for suspicious code identified in the "wild" but not yet agreed upon name. Another part is each antimaleware may have its own minor nomenclature for variants of known maleware.

In your VirusTotal link, ESET-NOD, the most trusted of the list IMO, found "A Variant Of Win32/HackTool.Patcher.N ", which you can Google (I saw not much more than general info on Google).

Hacking tools get flagged whether they are benign or not because these tools may contain known bits of code that is already known and can be harmful or illegal, such as used to hack payware into freeware. Not only is this pirating and illegal but also the hacking application may deliver an unknown harmful payload onto your hard drive. Hence, the general finding, not specific, that the malware flags. 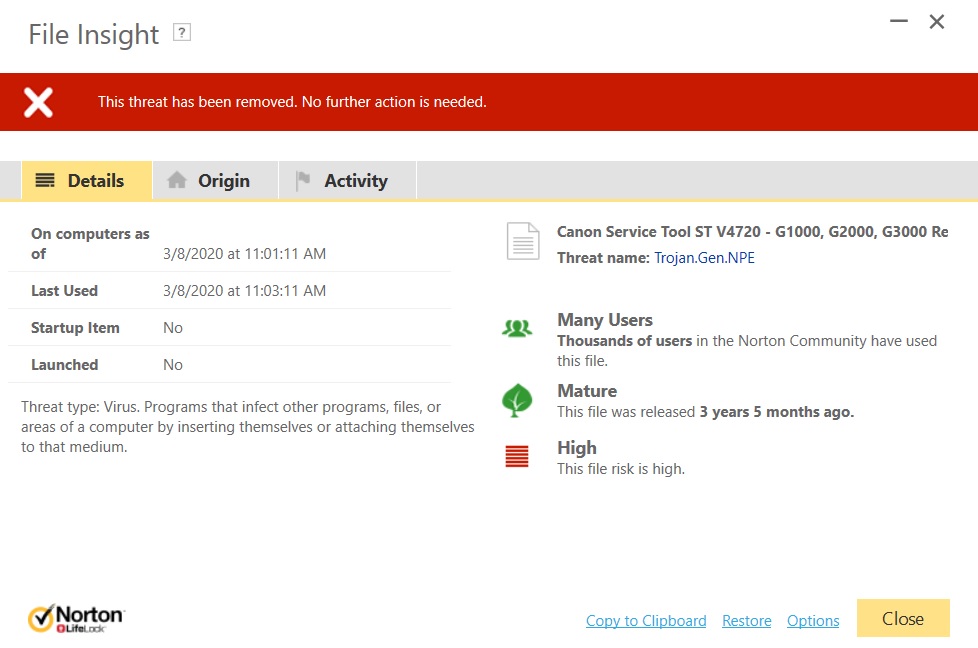