I have successfully repaired a timing strip that was broken at one of the attachment points. I used 3M invisible tape, one layer on each side of the strip and trimmed the tape to the shape of the strip with a utility knife. I think ordinary Cello-tape or black PVC electricians tape is not suitable. The adhesive is not strong enough and will not last long.

This was for a spring suspended timing strip for a Canon home use printer. Can the strip tension be afjuisted on the Pro-10?
A

IF it's the timing strip, you might be able to fix it patching it with the left tip of a spare strip. The end with the slit that engages on the hook is blank so it won't matter if it's from a different printer.

See below the left end of my spare timing strips. The one on top is from a Pro-9000, the others from different Pixma A4 models. I tried cyanoacrylate glue on two of these strips and it works perfectly; the bond is very strong.
I believe the black dot ( or dots on the middle strips ) marks a sort of zero or starting reference to the printer. Unless the strip of a Pro-10 is totally different, provided that black dot isn't damaged, fixing the timing strip of your printer shouldn't be difficult. 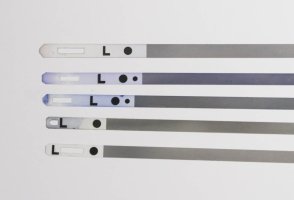 Oops, I see that PeterBJ already answered, providing another handy solution. If you haven't spare strips at hand, it's worth trying.
Last edited: Oct 23, 2022

OK, I decided to have another go at this beast and pulled the top cover off again, I found a spring on the side of the printer and taught maybe that’s what its giving out about, a quick check and I found where it was from and put it back.

But no joy on power up, I was now getting 26 LED flashes and decided this is crazy, because there is no such error for that amount of flashes, so I decided to put the top cover back on and be done with it..

Then I noticed the disconnected Wi-Fi wire might be an issue, I reconnected the cable and all the errors were now gone, so I secured the top cover and sides and tried a test print, bang now I had 6 LED lights flashes and a support code 5400 ! ! ..

Now I had this thing sitting on a table in the middle of my print room and taught it’s not worth all this messing around just to get the Feckin thing running again, so I dumped it on the floor and pulled out my retired Pro 9500.

I had it installed in minutes after locating some of the old cartridge that was dumped at the back of my shelves, it did its usual shaking and cleaning and printed off a nozzle print and then 10 test prints..

Now all I got to do is find a big enough hole to put the knackered Pro 10 in, because I don’t want to see it again, because after powering on the Pro 9500 I realised just how much I’d missed her, I taught welcome back my old friend..

My new nozzle print, notice there is no text underneath, that means the waste counter can be reset with a Service tool. 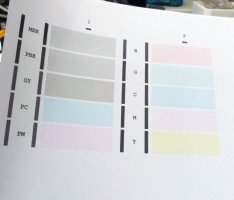 This was the spring that feel off.. 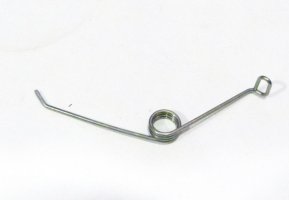 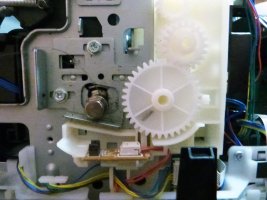 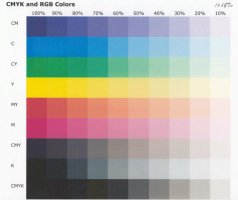 A run of ten of these and all perfect..
P.S. The timing strip was in it's position and nothing was wrong with it..

Definitively you‘ve had very bad luck with this Pro-10. giving error after error. As far as I can tell, this printer is usually very reliable, and I’m not speaking only for myself.
Of course I understand that you wouldn’t get another Pro-10 even if it were a terrific bargain.

Have you thought of performing an ‘autopsy’ on the corpse ?.
That’s what I do it on my Canon printers when they run out of printheads.
I save also some parts like PSU, logic board and the timing strip.

Definitely not my finest hour, from the start the Pro 10 gave me nothing but problems, I started with a fatal error which eventually lead to a new print head, so just in case I bought another one as spare.. Dumb..

I reckon we were not compatible, it just didn’t like the way I operated, I had similar issues with the Pro 1, but it eventually relented and we worked well together from then on out, but not so, with this Pro 10. Error after error..

I can safely say I was very disappointed with the printer, it had so many in’s and out’s and restriction that got on my nerves, and all along I said it was not a patch on the Pro 9500, so I’m not that unhappy of its demise.

It took a lot more coaxing to get a good print from it too, and I had fun trying out all the different Media settings to get good photos, it was more reluctant than the Pro 1 to pacify it’s contempt for the user not using its proper settings..

I couldn’t get my head around the idea I had to lift the top lid and press the resume button to change a cartridges, then there was the centre feeding thing, I preferred the fixed left side lay edge.

Not to mention the front outlet tray, it had to be pulled down, instead of just pressing a button, then there was the cover on the back paper feed, which couldn’t be left open, and the rear print tray didn’t drop down to allow for thicker paper to be used..

I found most of the new improvements on the Pro 10 were all restrictive instead of improvements, I suppose the only thing it had over the Pro 9500 was the Wi-Fi and the Glop cartridge O’ and it printed slower..

I was glad I got to use a Pro 10, but the pleasure was not all mine, and I’ve said many times that a printer should be used regularly, which I was guilty of not doing, so it’s not all the printers fault for giving issues under the circumstance..
Incompatibility is my excuse..

P.S. I have never threated any printer I’ve owned with kid gloves, it works my way or the highway.. That’s why I’ve never liked Epson..
N