My Canon Pro 100 won't print large images. Prints only parts of image. What do I do?

And thanks to you, now I will try the same. I hope it will also work for me.

I created a restore point, just in case something would go wrong. I then followed the procedure described by @avolanche by first turning updates back on, reinstalling the offending update (KB500802) and restarted. After restart the new patch KB5001649 was available as an optional extra quality update. I installed that and restarted. Now printing is back to normal, and I hope Microsoft found the solution this time. So thanks to avolanche for testing the new patch and reporting.

That was one computer OK. I've got one more desktop with 64 bit Win 10 Home and two laptops with Win 10 home 32 bit. I will now update and patch them and report the results. Hopefully there will be no problems.

What I see today in Windows Update... 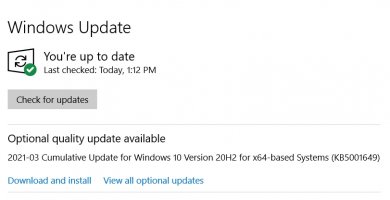 On to the next one.

@stratman is our new Microsoft Moderator…

I have now updated the remaining 3 computers, one desktop with 64 bit W10 and two laptops with 32 bit W10. All behaved in the same way. installing KB500802 caused the same print problem with most of the image missing. Installing KB5001649 brought printing back to normal.

I wonder how many were affected by the bad update? If it were everybody having a Windows 10 computer I would expect the forum to be flooded with posts about the problem. It looks like only a small percentage of Windows computers were affected. It seems the problem is independent of printer make and model and also of Windows language. But maybe it is dependent on the computers' hardware?

PeterBJ said:
I wonder how many were affected by the bad update?
Click to expand...

Is the Celeron machine the one you test Service Tools that may have malware?

Glad to hear your machines are patched and ready for printing.

I wondered about the same thing. How many computers are affected?
We have basically zero crossover with computers parts or software!

Yes the Celeron laptop is the one i use for the V5204 Service tool. I used an Asus Eee notebook PC with Win XP to run the V4720 Service tool, but many newer printers have no XP drivers.