This box is a lot smaller and it used a single centre axel for 4 reels of filament, it worked ok while printing but when it came to replacing any of the empty spools it was a Feckin nightmare, so no surprises I am upgrading.

I went for the same concept of support (Centre axel) but I decided to only use 3 reels in the box this time with independent shafts for each reel, because I didn’t want to duplicate some of the same removal mistakes and difficulties I was having with the 4 reel system that was previous in place..

I spent a bit of time designing supports to accommodate the 3-shaft idea I had, which I reckon should gave loads of room for changing the individual reels, and have far less time with the top lid off the box. 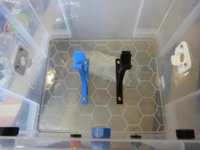 It was only a matter of drilling a few holes in the bottom to secure the supports in place with screw, then printing out 3 supports shafts with another tube over that to act like a spinner. 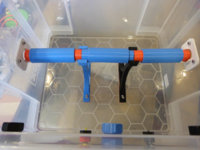 Once I had all the bits and pieces assembled I was able to install the new filament reels in place with complete ease, then I feed the filament into each of their outlet holes and replaced the bung to hold the filament and stop it retracting.

I also used two dehumidifiers on the bottom of the box along with humidity and temperature gauge, now all I have to do is wait till the humidity drops below 50 % and I will be ready to start using the new filament. Edit: (Typo corrected @stratman) Happy, YOW..

This box was a lot quicker and easier to convert than the previous one with the bearing rails and I didn’t have to wait on bearings to be delivered either, it’s amazing how easy a job like this is when you have a 3D printer on hand to make the parts you’re going to need.. 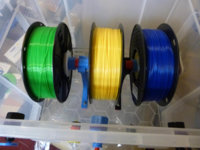 Now onto the next and last box..

The Hat said:
all I have to do is wait till the humanity drops below 50 %
Click to expand...

To do what? Take over the world? 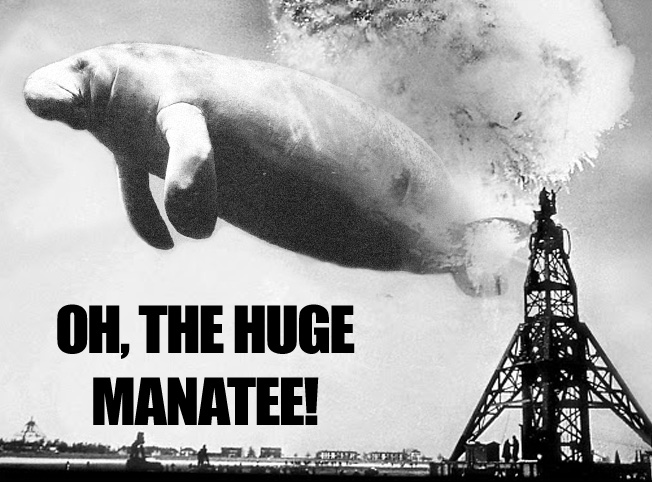 stratman said:
To do what? Take over the world?

stratman said:
To do what? Take over the world?

I always knew you were full of hot air...

The Hat said:
I always knew you were full of hot air...

I guess that's better than the standard FOS.

Just an update on my Dry Box, it’s only been in place overnight and the temperature this morning was 8c in my shed, but the Humidity inside the Dry Box has dropped down from 80% to 48%. 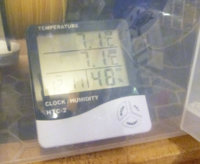 The reason I started to use the box was, regardless of temperature or humidity inside my shed I can use my filament knowing it’s going to be unaffected by the environment it was being stored in..

I had all sorts of problems this time last year with Humidity at 85% for weeks on end and the filament just couldn’t cope in those conditions and the print quality went out the window, hopefully that seems to be a thing of the past, because these boxes are effective..
You must log in or register to reply here.
Share:
Facebook Twitter Reddit Pinterest Tumblr WhatsApp Email Link