Oh, so this is why this cartridge is starving the printer. This is an HP564XL yellow cartridge, which is opaque, so I had to radiograph it to figure out what was going on. After 57 pages printed (including a few tests, I think) his one developed terrible streaking that persisted after a level 3 cleaning. There's lots of ink left in the ink chamber. It printed fine until I printed something with a lot of yellow in it. The sponge must have been partially in contact with the outlet port, but not nearly enough in contact. I couldn't even blow ink out of it.

I wonder how it got that way. Maybe this is old hat to those of you with transparent cartridges. 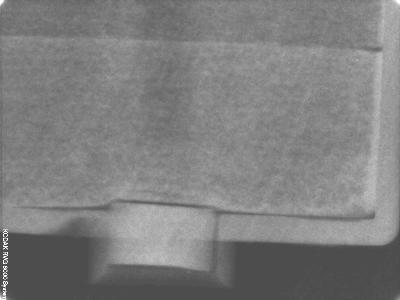 Here it is after a few hard raps. 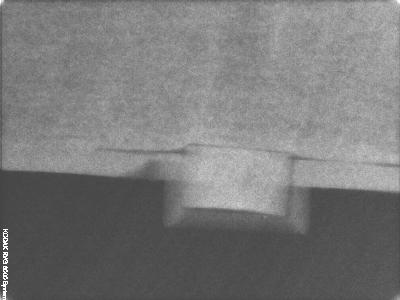 I have some more pictures to follow on the function of these cartridges, so stay tuned. Comments meanwhile?

I also have some others that have failed in the past, but they're still in the printer. I'll radiograph them too, whenever they come out.

What! No MRI with and without contrast with 1mm cuts through the foramenal junction? Rookie!

Nice one ThrillaMozilla
glad to see you have solved your ink starvation problem even if your method is a first.
As this is a new idea in the refilling arsenal everybody will want to get one..

Well, I was baffled and kind of desperate. I still don't know how it happened. I hope it wasn't through freedom filling. You guys ever see anything like that?

Stratman, you're right. MRI would probably be better. You have to get the projection just right to show the gap correctly.

Slocum, I don't have anything under 50 kV right here, but the big black pigment cartridges display better.

Are you a tech, researcher, dentist, or a physician, or just a hobbyist with his own home X-Ray machine?

I've seen a few of these types of images where people X-Ray objects other than mammals. Brilliant stuff and shows the beauty of natural and man made objects in a fresh light. (pun intended)

looks like dental radiographs. In Grandad35's very early thread on purging carts he showed the separation of the sponge from the outlet port filter and suggested tapping the cart to reset the spnge in contact with the filter. He cautioned against tapping the outlet port on a hard object such as a table top as it could dent the surface of the outlet port and produce a poor seal with the "O" shaped gasket in the printhead.

Researcher. I happen to have very easy access to this stuff. For anyone who's interested, those were taken at 50 kV. Most dental equipment is stuck on 70. They break the knobs off.

I guess I'll have to look up Grandad's photos. And I have to make another tool to whack cartridges. 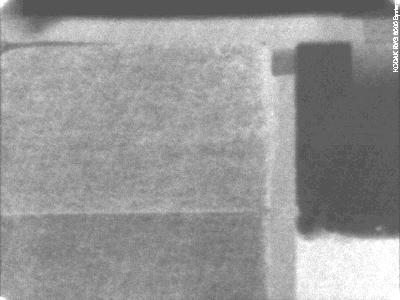 Here it is in the normal orientation. You can see a bubble between the chambers, just like Mikling said. 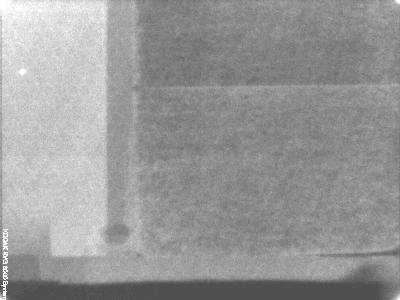 Here it is after a few taps to get rid of the bubble. 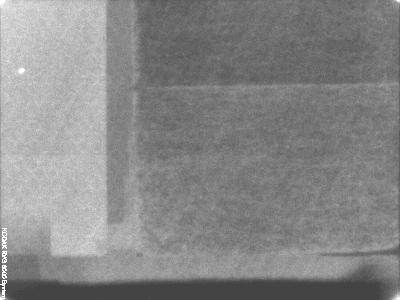 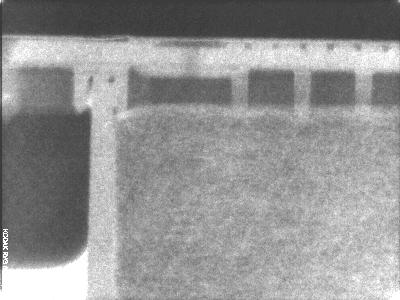 One last goody, posted with no comment. This is an OEM cartridge, never refilled. It worked perfectly. 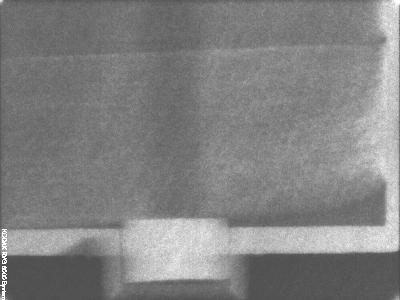