Here are the results of my tests:
The 480 proved very easy and quick to read. I printed the .tif on my Pro9000 II, with a new printhead (the old one finally gave up the ghost) and 8 IS inks (Pro Platinum on Sihl).
I have attached some Gamutvision screens, which show excellent results, no dog leg in the B&W density and good linearity. Generous, smooth colour gamut and good simulated colour checker.

Hi Emulator
This screen shot is my test results.
I used 480 targen with CM,printed by Epson L805.
The photo paper is RCS Glossy Pro.
Compare your results is very close.
So in my test is successful right? 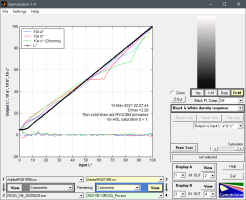 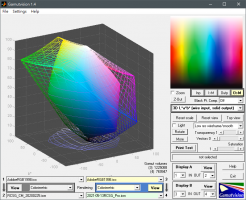 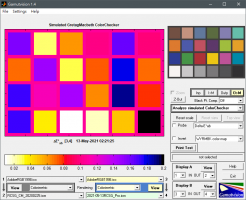 i began to experiment with Argyllcms to profile my paper, for my Epson XP 15000 printer with CMYK + Red + Grey (6 inks in all)

My device is an i1pro rev. d no uv-cut

My targen charts are generated in this way

in this way i can modify the parameters how i prefer (in the future i could use the passing parameters on the command line,

Now the question are:

- is normal that also the Epson Matte profile is not matching the gamut of the sRGB color space ?

- maybe i choose too many White/Black/Grey target and this reduced the colors gamut ?

- maybe the -t option of targen has to be omitted to get a better chart sheet ?

- maybe the paper is not so good ?

- the CAP480 options could give a better profile ?

- another chart test using the previous one like optimization will create a better profile than actual ?

first of all, I would like to THANK everyone who has invested the time, work and money (ink is not cheap) in generating the best test charts and who are here to share their knowledge with all of us.

I'm a big fan of the 480-patch target, which is so small but also gives such a good result while saving ink, paper and measurement time.

So I played a bit with the number of patches per row and line and the paper size to optimize it for my needs: Number of patches should stay around 480, the print should be easy measured with both the i1 and the ColorMunki and it should be printable with nearly no corrections like resizing.
I want to use it for some comparson between the i1 and the ColorMunki

The result is a target with 483 patches, A4, 23x21 patches.
The patch width is 8,22mm so that 5 rows are the width of the ColorMunki for easy guiding (I used a simple typoruler).
The target format also works easy with the i1 ruler and have enough white space at the start and the end of a line.

After creating the TIF target only the white space on the right needs to be cropped and after it's ready to be printed centered on a page.

chartread and colprof are identical to the ones in CAP480.txt from page 1 of this thread.

mavtop said:
My device is an i1pro rev. d no uv-cut
Click to expand...

That adds an unknown parameter into the comparison and profile generation - UV cut of the Color Munki vs. no UV cut of the i1Pro. I compared profiles a while ago generated either with the i1Studio - pretty much the same as the ColorMunki - and the i1Pro2 in the M2 - UV cut - mode, I got much smaller differences than yours.

Ink stained Fingers said:
That adds an unknown parameter into the comparison and profile generation - UV cut of the Color Munki vs. no UV cut of the i1Pro.
Click to expand...

Thanks for clarifying this point – of course you're right and one should keep that in mind.
For me this was just a staring point for more experiments and the i1pro 3 is ordered just before christmas
My slightly changed parameters should only simplify my (and maybe someone elses) target print and measure process, no matter what device is used.
Last edited: Dec 29, 2021

I use Little Argyll (a graphic shell around Argyll) because it´s simplier for me. And as I do not profile so often, I have made a simple tutorial - for myself. It saves me a lot of time, so I enclose it if someone out there could have benefit of it.

I always try to measure at least 3 times till deltaE2000 smaller than 0.2.

It also mentioned about "Thirdly, in order to avoid buffer overflow, the utility allows you to break a strip with patches into fragments and read one fragment per pass. Then the data for each fragment are combined into a strip."
But I haven't figure out how to use it. 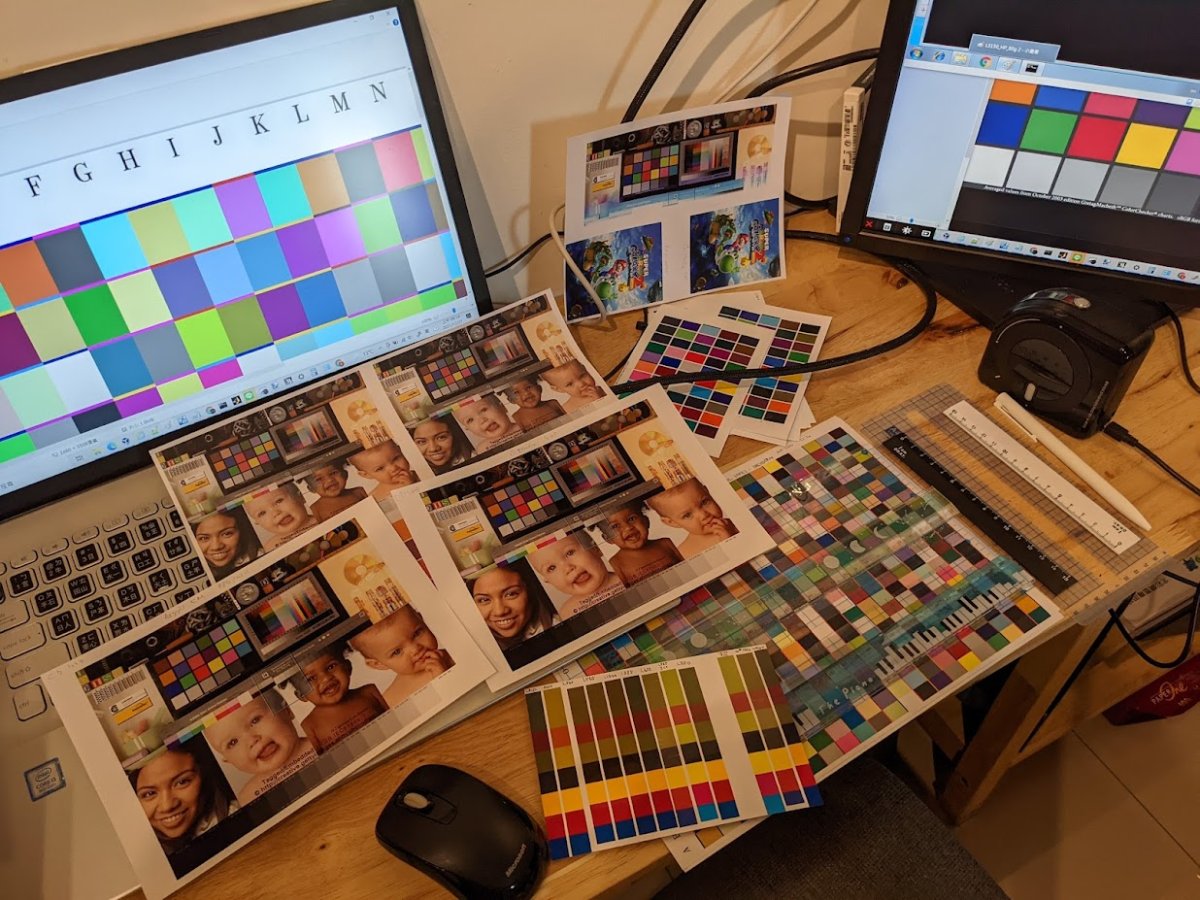 Hi All, I am playing around with the Color Munki and ArgyIICMS, I run my test on very cheap glossy paper (until I get some working workflow).

I did a profile with i1 studio (default CM software) and another one with Argy. I am quite surprised to see the black levels of the profile generated by Argy that high:

I ran these commands:


EDIT:
I simulated-color proofing with back point enabled and paper in under Photoshop. The Argy profile look better, not weird transition on the black stripe (relative colorimetric)

I'm lost what you are doing and don't understand why you are getting such diffrerent blackpoints in your last profile display above - argy solid - i1 studio wired - what is causing these differences ?

this is also what I would like to understand. My assumption is in the algorithm used by Argy. in the attachment you can find the files.
the ".ti1" is the patches, the ".ti2" is the patches position on the paper, and the ".ti3" is the measured values.