I can't recall saying I wouldn't ( my memory isn't so good anymore ..

Yes, another boring Benchy test. This time with exotic PLA-Flex.
Luckily the model was printed without issues. No jams or fallen structures.

The properties of this filament seem to be a mix, for good or bad, of regular PLA and TPU/TPE flex.
Like flex filaments, this is no good for steep overhangs or bridges. See the photos, Another feature shared with TPU is the (very) strong adherence to the bed. Probably it would be advisable to raise the regular Z level 20 or 30 microns. I used stick glue on top of the PEI surface of the bed, as protective separation, but it was impossible to remove the Benchy without striping the first layer. so strongly it remained attached.
On the other part, everything that isn’t high overhangs or unsupported bridges has a good finish. The sides of the hull, the top of the cabin and the deck are nice.
I thought that maybe the chimney would fall but no, it remained there, although a bit deformed on one side.

This stuff is really flexible and if you throw it onto a hard floor, it bounces back. No fear of breaking if it falls accidentally.
Is it worthwhile?. I don’t know. It can’t compete with regular PLA as far as detail, smoothness and ability to do bridges and overhangs. Oozing is not very good, although TPU is even worse. Strings are visible but you can use a heat gun to blow them away easily
It’s not so resistant to traction as most flex filaments. I managed to snap off the chimney twisting it without too much force. You can’t do that with good quality TPU/TPE, The chimney would resist a much stronger traction.
I think also that the temperatures recommended by the manufacturer are on the high side. 90C for the bed seems excesive to me. Probably 75-80C would be better for an easier removal of the model without destroying the first layer. Nozzle temp was 215C I think also that 200-205C would give better results in parts with overhangs and bridges, but maybe interlayer adhesion would be worse ?.

That Benchy needed 18gr.of filament, I have 30gr left to print more tests, so I'll try to tweak the temperatures.
Anyway, right now I don’t intend to purchase regular spools of this filament. It’s not bad but nothing special either. 39 euros for 750gr (52€/kg) isn’t cheap. On the rare occasions I need flex filament, I’ll use the Esun TPU95 spool that I purchased weeks ago. It's cheaper ( 33 euros/ 1kg) and it will last me a long time. 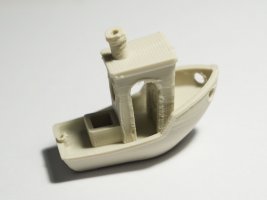 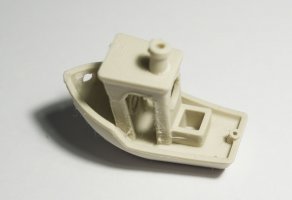 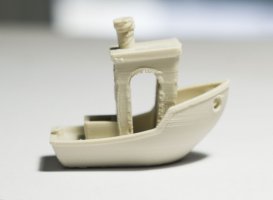 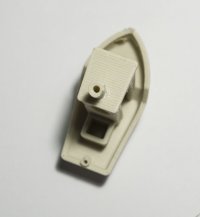 What speed do you print TPU? I stick to 15mm/s on my Ender 3 with bowden setup, but your direct drive should presumably handle higher speed?
A

Bowden or direct, flex is very tricky to print and this stuff doesn’t like fast speeds, as you surely know.

Usually I don’t set different speeds for each kind of filament. Since the beginning I’ve used only Prusa Slicer. In this program, there’s a tab in the filament properties for setting the maximal volumetric delivery of the extruder (as a rule, I stick to the default for each filament). Even if you set a high printing speed in the main menu( say 50mm/s ) Prusa Slicer limits the speeds so that the volumetric delivery never surpasses the preset for this filament.

In the profile of the TPU95 that I use, the max.volumetric delivery is currently 2 cubic mm/s. For a 0.4mm nozzle, that’s a maximal lineal speed of 16 mm/s, regardless of the general settings I’d have for printing perimeters, bridges, infill , etc.
A

The last iteration has been made with Esun’s TPU95. Nice red color, quite shinny and a bit translucent.
This one printed better than the other two from PC and Flex-Pla.

Noticeable stringing, as expected. Retractions were set very low to avoid jams issues and that didn’t help. In spite of that, it isn’t really bad. A blast of the heatgun got rid of it almost completely.
The model has no major structural deficiencies. Hull, deck and top of the cabin are nice. The chimney is perfectly rounded and straight. First layer smooth as silk. At a certain angle it’s possible to read the carved inscription ( CT3D.xyz ).
It’s also moderately flexible and very tough. I couldn’t snap the chimney twisting or pulling. I say it again, @The Hat, this flex would be perfect for ‘hurricane-proof’ lamposts.
Agreeable surprise ; the bridge at the bottom of the roof printed quite well, no fallings or hanging strings. It isn’t visible in the photos, so you’ll have to believe me ( or not ).

Bad things: ( apart from oozing ) :
Overhangs and narrow vertical structures in general look rough and ‘hairy’. A bit of post process disguises some of the defects but not all.

For the time being Benchy 3 (Flex TPU95 ) is leading the classification of ‘exotic’ filaments.
Models form nylon, PETg and who knows what other materials will follow shortly.
Probably I won’t do a regular PLA Benchy, taking for granted that it would the best by far. No need to prove otherwise 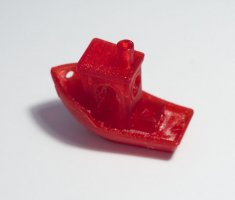 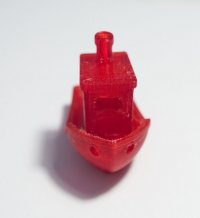 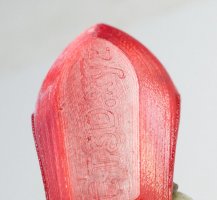 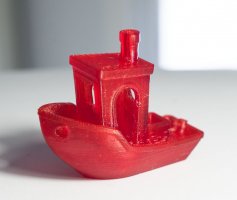 Ugh, you're ALMOST tempting me try some flex filaments.

stratman said:
Ugh, you're ALMOST tempting me to purchase a 3D printer
Click to expand...

If eventually you drop the 'almost' from that paragraph, this Esun TPU-95 is rather cheap and I really like it, once you learn the limitations of flex filaments in general. Before the Esun I tried a more expensive brand and it was impossible to get anything right.

Artur5 said:
If eventually you drop the 'almost' from that paragraph, this Esun TPU-95 is rather cheap and I really like it, once you learn the limitations of flex filaments in general. Before the Esun I tried a more expensive brand and it was impossible to get anything right.
Click to expand...

So your saying that Esun filament is more flexible than the more expensive stuff..

Well @Artur5 roped me into it, and only time will tell if it was a good idea or not...

I’m not being very practical about this, just a bit flexible for now...

stratman said:
Ugh, you're ALMOST tempting me to purchase a 3D printer
@stratman with a 3D printer.. Never..

He likes to kick us Cans down the road.. 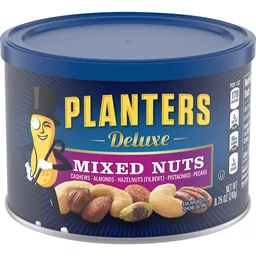